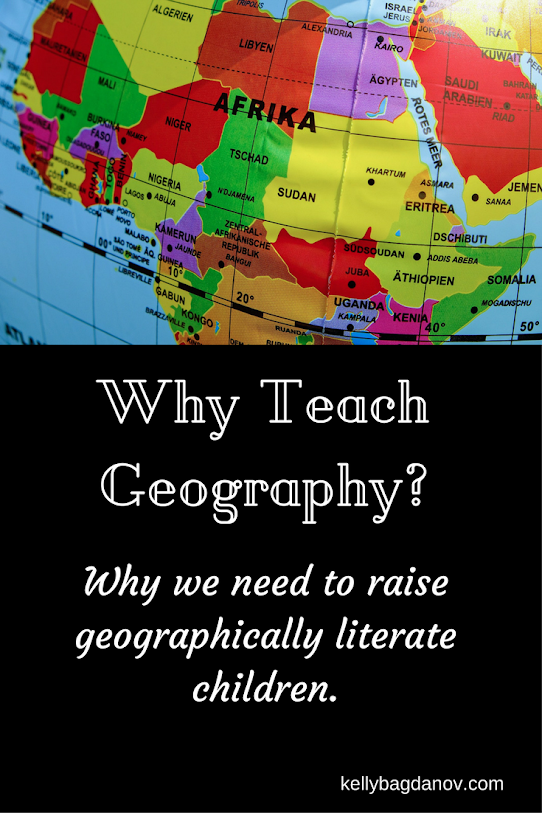 We live in a crazy and exciting time, the world is changing… daily. When I wrote up my Philosophy of Education, and looked to the future, one of the things I wanted to impart to my kids was a concern and interest about life outside of the United States.

With advances in travel, communication, commerce, and the internet, the world is literally, at our doorstep. As Steve and I sought to prepare our kids for the life God has for them, we felt a critical part would be helping them to develop a global perspective.

Now, I am very grateful I was born in this country, and have had the privilege of raising my children here. I think knowing our history, understanding our government, and expressing gratitude for our freedom is a vital part of our role as homeschoolers.

I also think it’s vitally important that our children know that we are only one part of a diverse and fascinating world. I was very concerned as the boys grew that they would be proud of their country and heritage, balanced and tempered by a concern and appreciation for other cultures and people. I wanted my children to be geographically as well as culturally aware.

We spent time pouring over globes and maps. We spent time reading stories about people living in other parts of the world. We learned the history of far away places, and learned about other religions. We tried ethnic foods and did projects on various countries. We talked about what daily life would be like if they lived somewhere else. My hope was that all of this would translate into responsible adults who had a concern for the world beyond their borders.

Now part of giving our kids a global perspective is very practical. Many jobs of the future will include an ‘international’ component. With advances in technology the ways things have been done in the past is changing. I felt that giving our children a solid foundation in geography, exposing them to other cultures, and fostering a curious attitude about ‘other people’ would leave them open to working with or among people from various parts of the world. Since my job is to prepare them to live the life God has for them, which might entail a life lived outside the US, it seemed prudent. 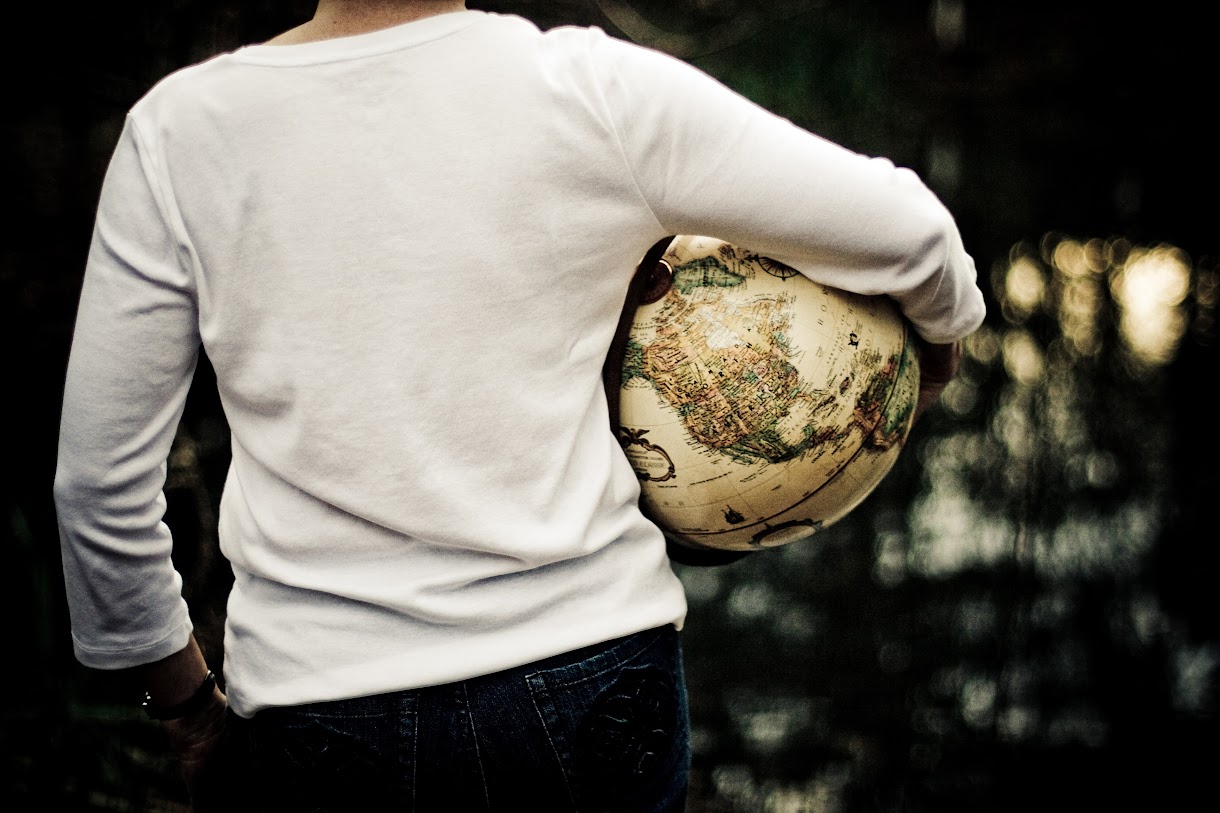 On a spiritual note, which was of even greater concern to me, our call as Christians is to spread the gospel to the ends of the earth. There is a great deal of our earth (some of it right in our community) that needs the healing love of Christ. All four of my boys have lived or ministered in a cross-cultural context. From the outside, watching them, it seemed to be a natural progression. When the opportunities presented themselves they responded. Part of that is due to the fact that we cultivated a concern for the world, and that we went out of our way to dispel fear.

I have met too many people who approach anyone who is ‘different’ (whether that difference be because of nationality, religion, or social class) with fear and suspicion. Most of us can rationalize what prejudices we hold.  But that seed of suspicion, when allowed to grow, can choke out God’s message; that He loves the world (not just our little corner of it) and wants to reconcile people to Himself. As a parent and as a teacher I tried very hard to confront prejudices in myself and my kids when they popped up. I also tried very hard to create interest and curiosity about other cultures and places. 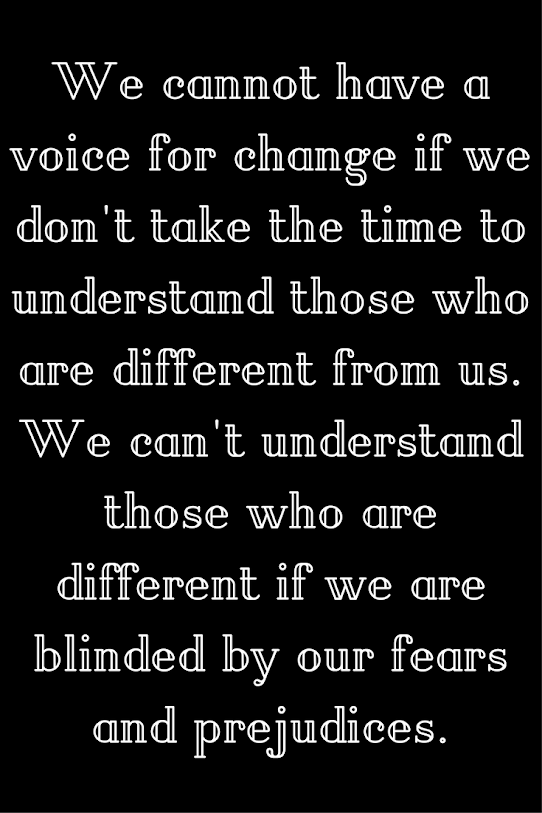 Now, as my kids have taken off to Europe, Mexico, South America, Africa, or the Middle East we have often heard concerned comments from family and friends that ‘those’ people were….fill in the blank. (The best was when Steve’s Dad told Joe to be careful of the Turks…because…they are Turks.) Interestingly, the boys have come back from each place having made wonderful new friends. These new friends have added to and enriched their lives. Joe has made Turkish friends, and maybe, in the years to come, the fact that they got to know some American Christians while they were in college will change how these Muslim young people view Christians …I know getting to know Turkish college students changed Joe.

And this brings me to what I suppose is the thought that started this. Our children will inherit a world from us with some serious challenges. My hope is that my/our children can play a small part in facing some of those challenges. However, we cannot have a voice for change if we don’t take the time to understand those who are different from us. We can’t understand those who are different if we are blinded by our fears and prejudices. And so, we take that first step and teach our children where all these countries are around the world, we tell them stories about the people who live there, and we teach them their history. We encourage a sense of wonder and awe at the diversity God in his wisdom created, and we pray that we can play a part in his redemptive plan for humanity, one person at a time.

10 Fabulous, Off the Radar Christmas Books

This year I was on a mission to discover some new and unusual Children’s Christmas Books. We have recently moved and I’ve been visiting the Thousand Oaks Library. They have the most AMAZING collection of children’s books. There were shelves and shelves of Christmas Books, hundreds of them. I spent a recent afternoon reading

Making the shift to homeschooling, not doing school at home.

One of the easiest mistakes to make when beginning the homeschooling journey is to model our homeschool after our local public schools. Each of us has our own reason for choosing to homeschool, most often that reason includes the thought that we want more for our kids than our local school offers, or we want

My greatest fear when we began this homeschooling journey was not that the boys wouldn’t get into college, or even that I would miss some crucial bit of information, (that was inevitable); it was that when they finished high school, they would breathe a sigh of relief and say, “I’m done.” Over the years I’ve