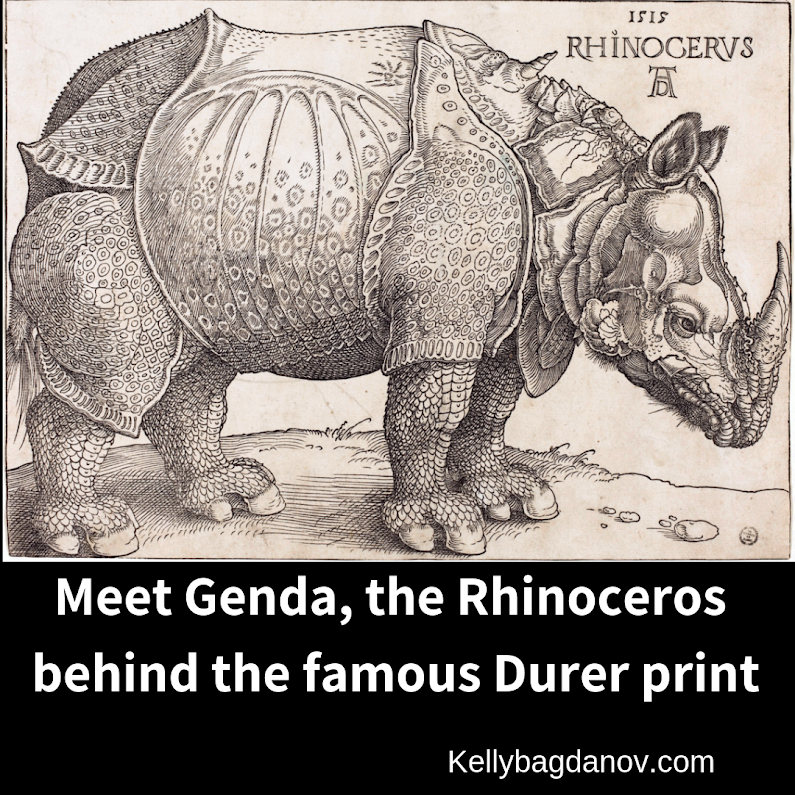 Genda, The Gift That Keeps Giving

In 1515, an Indian rhinoceros was gifted by Sultan Muzafar II of Gujarat, to the governor of Portuguese India. Genda, the rhino, had been living in captivity for some time before she began her world travels.

Small zoos, called menageries, which housed exotic animals were popular with nobility during the 1500’s. Gifting a magnificent animal was a great way to curry favor. If you want a favor from the local ruler give him an Elephant or Hippo, makes sense. Possessing such a rare animal would bring the person receiving the gift a great deal of prestige.

From India to Portugal 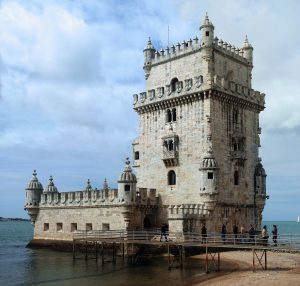 Upon receiving the Rhinoceros, the Governor decided he needed a favor from King Manuel I of Portugal more than he needed a Rhinoceros.  And so Genda sailed on with his Indian keeper, Ocem, for 120 days to Lisbon, Portugal.

The Rhino was unloaded next to a construction site where the Belem tower was being built. When the tower was completed, the corbels (supporting structures) were decorated with Rhinoceros gargoyles in honor of the famous visit.

The Backstory of Durer’s Rhinoceros begins with a Mythical Rhinoceros 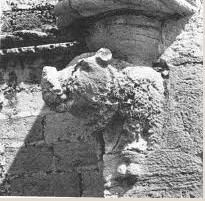 Europeans in 1515 only knew about rhinoceros from accounts written during Roman times. In the intervening years the Rhinoceros came to be viewed as mythical, much like a unicorn. Therefore, the arrival of the living beast in Europe was met with much astonishment and fanfare. King Manuel housed the rhino at his palace in Lisbon. Scholars and the curious were eager to view the magnificent animal.

The Rhinoceros vs. The Elephant

Stories circulated that the rhinoceros was the deathly enemy of the elephant. King Manuel wanted to test the theory and arranged to have Genda face off against an elephant. The day of the fight arrived and people crowded into an arena. The much anticipated face off was a bust.  The elephant was so spooked by the large, noisy gathering that it turned and fled from the arena before any confrontation could take place.

The King then decided he needed to curry favor with Pope Leo X and so Genda was once again on the move, this time on a ship to Rome. During this voyage a quick stop was made to accommodate a royal request. King Frances (of France) had requested to see the animal, and so Genda was allowed to disembark from the ship and stretch for a bit.

Sadly, shortly after leaving France, the ship encountered a terrible storm and was lost at sea. While Genda died in the storm that was not the end of her travels. Her carcass washed ashore and was sent back to Lisbon where the hide was stuffed. Some stories recount that the stuffed carcass of Genda continued the journey to Rome, a less lively gift for Pope Leo. While the stuffed hide of a rhinoceros has never been found, nor have there been any official records of the exchange some take a painting by Raphael that includes a rhinoceros to be proof that at least Raphael had seen what was left of the once marvelous Genda.

During the time the Rhinoceros was in Portugal many scholars had a chance to examine the creature and they wrote out careful descriptions that were sent across Europe. These descriptions and a sketch by an unnamed artist spread far and wide.

This was how Genda the Rhinoceros came to the attention of a rather famous artist in Germany by the name of Albrecht Durer.

Durer was a dedicated naturalist. Combining a scientist observational skills with a keen artist eye he painted insects, rodents, grasses and more. The technical accuracy of these paintings makes them suitable for the pages of a textbook and yet their charm and beauty keeps them popular as art prints.

sample recommendation letter for scholarship from professorBackstory of Durer’s Rhinoceros

Having only the rough sketch of an unknown artist and the descriptions of those who had seen the Rhinoceros, Durer set out to make a woodcut of the animal. The print is at once instantly recognizable as a Rhinoceros, but a Rhinoceros who has sprung from a fairy tale. With armor plates, and patterned skin the print blurs the line between reality and fantasy.

Despite our understanding that this is not an accurate portrayal, Durer’s woodcut was included in the naturalist textbooks of his day, and his rendering was believed to be accurate for over 300 years. In the mid 18th century another live rhino named Clara was brought to Europe (another story for another time) and Europeans finally had a correct picture of the species.

It is hard to appreciate the difficulty of the task Durer attempted, making a detailed print of an animal he had never seen. Yet, I can’t help but be glad he didn’t have a chance to get a closer look at the rhinoceros. To my eye this rhino has a whimsical quality that makes me think of him as a cranky uncle, a bit of a softy once you get to know him. Please, feel free to disagree, I know he is portrayed as fierce and strong in the print, but the slight deviations from reality lend the print a certain character that I love.

You can also view this in

Please subscribe to the blog so you won’t miss any of the upcoming art articles.

I’m excited to invite you to participate in Advent in Art Reawaken the wonder and beauty of the Christmas story as we explore 25 masterpieces. For the first 25 days in December we will explore 500 years of art dedicated to the nativity. Rich with imagery, the story of the incarnation is made visible. Artists

Albrecht Dürer’s Nativity Woodcuts Albrecht Dürer’s Nativity Woodcuts communicate complexity with nothing but lines, and it is astounding. Realistically representing space, emotion, perspective, with nothing but lines cut into wood amazes me with the delicacy he achieves. Dürer has always been my favorite artist and I’m looking forward to sharing some of his work with