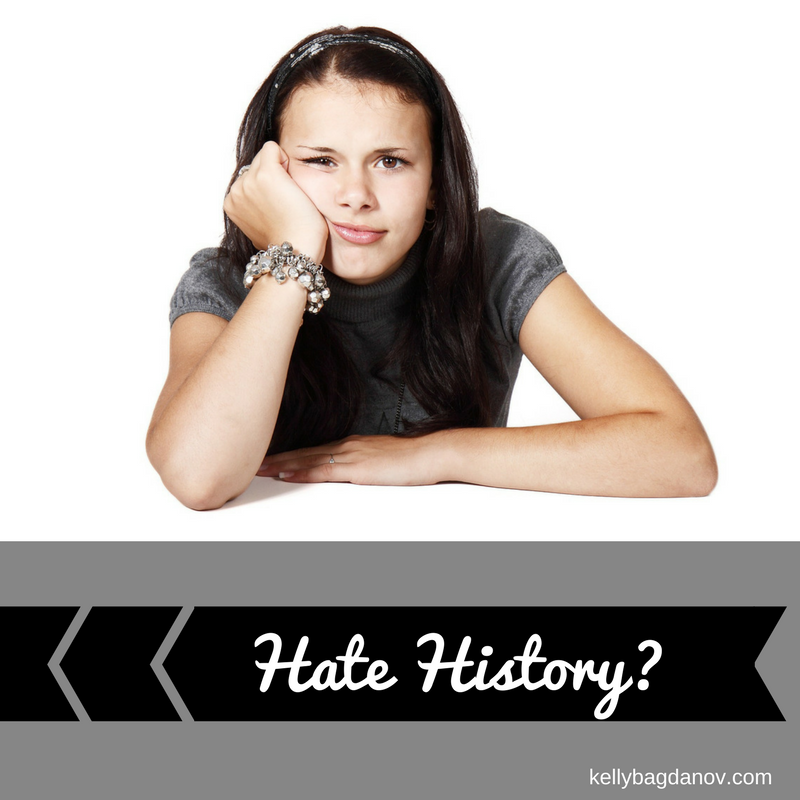 Do you hate History? Did you watch the clock tick off each minute as your teacher droned on? Did you suffer through dry readings, memorize meaningless dates, and answer pointless review questions? Do you dread subjecting your child to the same boring process?

If so, I’m sorry. Believe me, it doesn’t have to be that way!

While in college I have a vivid memory of sitting in the library studying with some friends  for an upcoming test for World Civilization. We were reviewing English history during the 1500’s.  My friends were struggling with dates, names and seemingly unrelated events.

I wasn’t struggling. The reason… in high school I had read a series of historical novels set in the courts of England. Nothing boring or dry there. There had been romance, court intrigue, religious conflicts, betrayal, heroes and villains. I’d cried for Queen Catherine as she watched her marriage and family crumble because she couldn’t produce a male heir, and was horrified as her daughter, Bloody Mary, turned her reign into one marked by revenge, fanaticism and bloodshed.

I wrestled with the issues that caused England to break from the Catholic church and was fascinated by the complex and fragile allegiances that were formed to consolidate power. The characters I met were complicated individuals who were forced to make decisions that would affect whole countries, individuals often beset with self-doubt and questions. I found myself caught up in their dilemmas wondering what I would do, what they should do…and rarely finding a satisfactory answer.

THIS is history, the stories of people ruled by greed, cruelty, or a quest for power and the stories of men and women who were courageous, honest, and ruled by ideals bigger than themselves. Most often, and intriguing,were individuals who were a combination of both. Kings whose lives were marked by both incredible achievements and equally incredible failures. 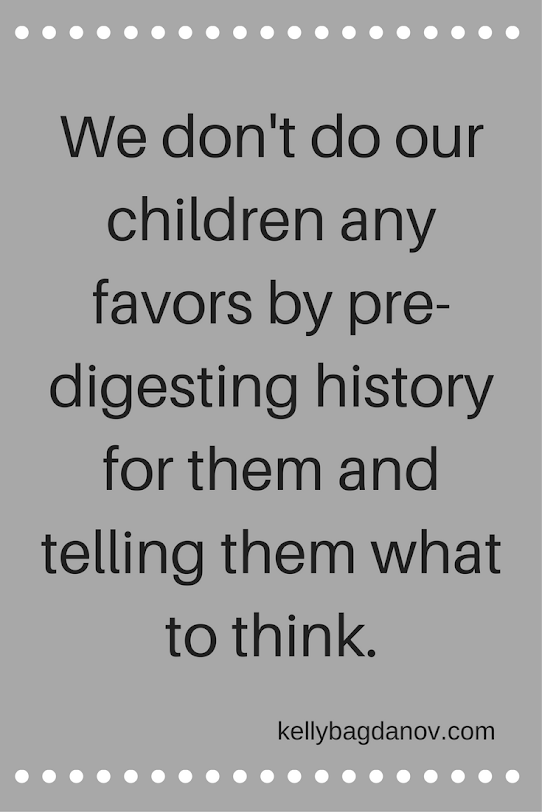 to suck all the life from these stories and present them as dry facts.

Even more disturbing is how textbooks present the facts in such a way that the student is led to believe there is only one way to look at an event.

Every episode in history has multiple perspectives. Just a quick glance at Germany in World War II will give you a wide variety of viewpoints…should you tell the story from Hitlers viewpoint, the average German trying to survive in a war torn country, a Jew in a concentration camp, a college student in the resistance movement, a child in the Hitler youth, or maybe a common soldier who has been drafted. How do you, in a paragraph, sum up the German experience in World War II?

You can’t and you shouldn’t.

Children who are exposed to multiple perspectives are not confused, but challenged. They are forced to develop the critical thinking skills that will be necessary to live in a complex world. We don’t do our children any favors by pre-digesting history for them and telling them what they should think. No wonder they are bored. Instead we should allow them to struggle to understand and deal with history in all of it’s complexities. (Obviously, according to their age and development.)

I never had to study for that test in World Civ because I knew those people, knew their struggles and heartaches. England in the 1500’s isn’t a bunch of dates and faceless rulers to me so I’m not likely to forget the details. This is what I wanted for my kids and with Amazon just a click away it is easy to introduce our children to quality literature set in any historical context.

Biographies, autobiographies, novels, artwork, collections of essays and speeches, diaries, letters, volumes of poetry, music, quality non-fiction resources…the list is endless and so much more entertaining and beneficial than reading a brief chapter in a history textbook.

I love this excerpt by Neil Postman in his treatise, “The End of Education: Redefining the Value of School’ where he advocates the removal of all textbooks from classroom teaching. 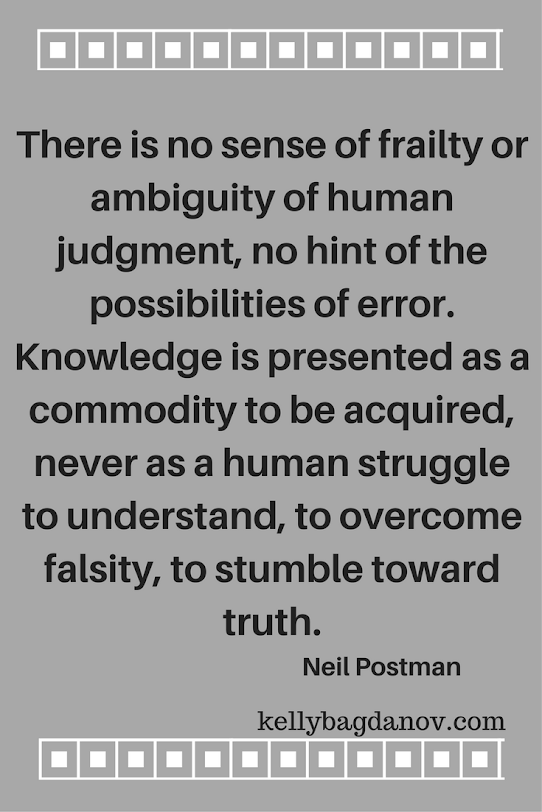 “Most textbooks are badly written and therefore, give the impression that the subject is boring. Most textbooks are also impersonally written. They have no human “voice,” reveal no human personality. Their relationship to the reader is not unlike the telephone message that says, “If you want further assistance, press two now.” I have found the recipes on the backs of cereal boxes to be written with more style and conviction than most textbook descriptions of the causes of the Civil War. Of the language of grammar texts, I will not even speak. To borrow from Shakespeare, it is unfit for a Christian ear to endure. But worse than this, textbooks are concerned with presenting the facts of the case (whatever the case may be) as if there can be no disputing them, as if they are fixed and immutable. And still worse, there is usually no clue given as to who claimed these are the facts of the case, or how ‘it’ discovered these facts (there being no he or she, or I or we). There is no sense of frailty or ambiguity of human judgment, no hint of the possibilities of error. Knowledge is presented as a commodity to be acquired, never as a human struggle to understand, to overcome falsity, to stumble toward truth. Textbooks, it seems to me, are enemies of  education, instruments for promoting dogmatism and trivial learning. They may save the teacher some trouble, but the trouble they inflict on the minds of students is a blight and a curse. (116)

So this year I challenge you to choose an era of history you know nothing about and explore it with your children. You will be amazed at what you learn, enjoy, and retain.

If you enjoyed this article you might want to check out one of the following:

How to introduce children to Art

The Limbourg Brother’s Book of Hours

Steps to Becoming a Confident Homeschooler

As many of you know, over the summer I’ve been working on getting my website up. Part of doing that has been listening to a TON of podcast to learn all I could about the process. In a Podcast by Michael Hyatt, sort of a platform building guru, he talked about the 7 C’s to