Welcome to the Grand Tour

Make sure and read this introductory post on the history of the Grand Tour. We borrowed the title from a traditional educational construct that exposed many young adults to the treasury of art held in Europe in the Renaissance. Soon to come will be the first curriculum module on the magnificent artist Albrecht Dürer. Known for his engravings and woodcuts, Dürer is instantly recognizable.  Check out this blog post on his famous work, The Rhinoceros. Make sure to sign up so that you get all the updates and releases as soon as they come out. 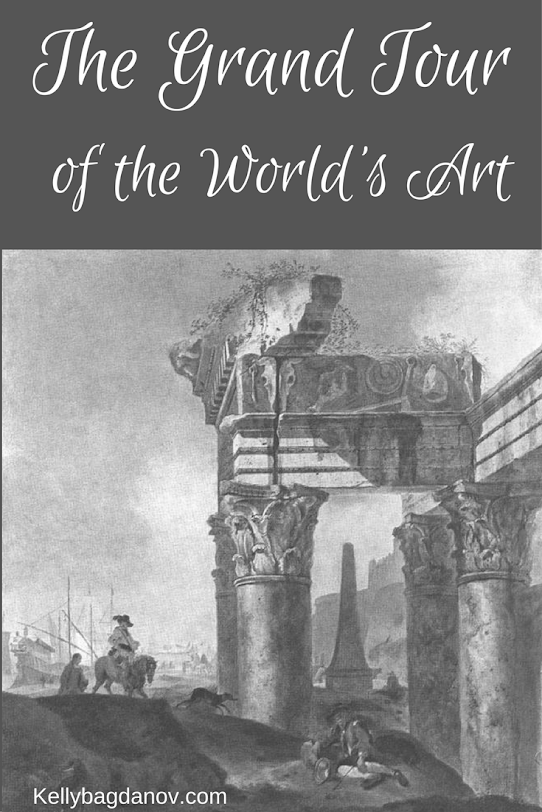 For nearly 300 years there was a tradition among the aristocracy of Europe to take a Grand Tour of prominent cities and their holdings of art in young adulthood.

As I’m developing an Art History Curriculum, I’ve been excited to share the shape and scope of what I am working on. Art is a wonderful visual exploration of history, culture, religion, and philosophy.  As I considered the ways I could share and get feed back, the idea of a Tour began to take shape.

Unlike the wealthy of the 1700’s, few of us have the time or resources to take off for 2-4 years of travel to absorb culture and view amazing works of art.  However, we can view reproductions with the click of a mouse. (Of course, if you have the opportunity to travel to view some of these marvels DO IT. Reproductions are a poor substitute for the originals)

So a Grand Tour of Art via this blog, and more formally through my Art Curriculum seemed in order.

Now that those explanatory comments are out of the way, let me give you a bit more information about the 300 year history of The Grand Tour.

Starting in the mid 1600’s young European aristocrats started going on what is called The Grand Tour. Classically educated, these young people finished off their studies with a 2-4 year trip to see the culture, architecture, and art of France and Italy. (Depending on their wealth and station in life, more countries would be added to the itinerary.)

On a quick aside, older Europeans also began to take the tour to expand their connections and learning. Toward the end the tour had become much more inclusive.

Richard Lassels wrote a book that was published in 1670 entitled, Voyage to Italy, which contributed to the growing interest in Ancient Rome and it’s culture. English, American, German, and Scandanavian parents believed it would be beneficial for their adult children to take a few years to travel and learn before settling down to the responsibilities of adult life.

The purpose of the tour was exposure both to the END_OF_DOCUMENT_TOKEN_TO_BE_REPLACED